Church Logo Branding : Be Known for Something / Communication Strategy  / 2 Things Churches can Learn from Dominos Pizza 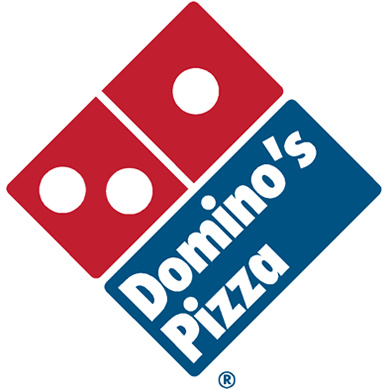 At Church conferences, Pastors question me about social media. What should they do if someone posts complaints or inappropriate things on the Church’s social media. “Do we just delete them?”

No! Most people know (who use social media regularly) is: people do not represent the organization where they are posting; but they represent their own ideas (as wacky or as truthful as they may be).

Dominos Pizza (who just reworked their recipes) decided to create a large billboard (125 ft wide) in Time Square to post what everyone is saying about them (through a live twitter feed). Wow. The exact opposite approach than a lot of churches who are afraid to have something posted on their page. They weren’t scared at all of what people were saying. 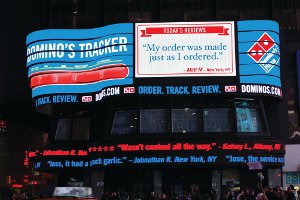 What would happen if your church community posted their genuine feelings so that the whole world could see? Would you be willing? Here’s 2 things Dominos wanted to emphasize (and the church should learn from it!):

What’s happened with the Dominos board? 80% of the comments are positive and 20% are mainly constructive criticism according to their spokesperson. Most of all it emphasizes their commitment to customer feedback. Wouldn’t that be a wise thing for the church to be known for? Something to think about.