Church Logo Branding : Be Known for Something / Marketing  / 3 Cautions: Controlling Your Church Perception 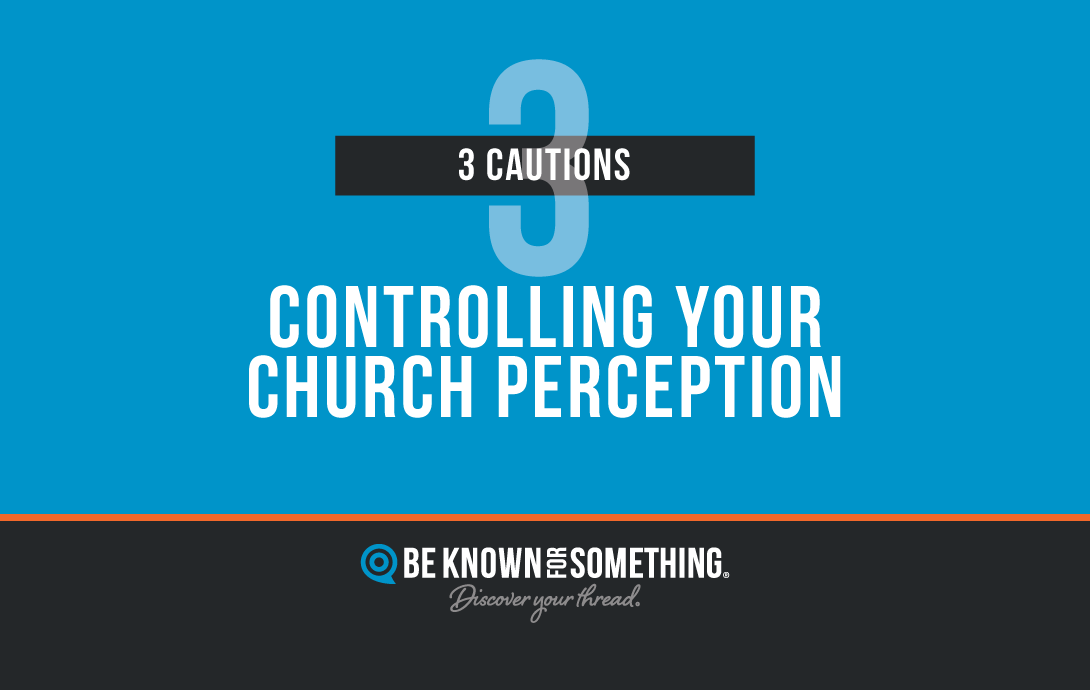 Your Church perception matters. What you’re known for is critical if you want people to pay attention to you, engage with you, or believe what you say.

Did you know you can control church perception? It’s called church marketing. No, it’s not evil or sinful. It’s not about getting profits or gaining power. Instead it’s about influence, as you take a product to a market (in a way they’ll receive it). We, as Christians, should want to influence our congregation and community for Christ. Perception can become a barrier though.

In John 13, Jesus taught the Disciples about positive perception. “All people will know that you are My disciples, if you have love for one another”. How should people perceive Christ-followers? By love.

Contrarily, the community (those not following Christ) have a church perception but it’s not about love. Instead, it’s about what we’re against. It’s always easier to be known for what we’re against, instead of what we’re for! Often, when a denomination is added to church perception, there’s heavy baggage attached: legalism, money grabbers, politics, and more. Being known for them could keep people away from our churches.

It’s one thing for the world to not desire spiritual matters but let’s eliminate church perception barriers that would keep interested people from pursuing the gospel and our ministries!

Church perception can and should be controlled. Here are 3 cautions to consider though: