Church Logo Branding : Be Known for Something / Communication Strategy  / 3 Unlikely (but Essential) Ways to Communicate Generosity 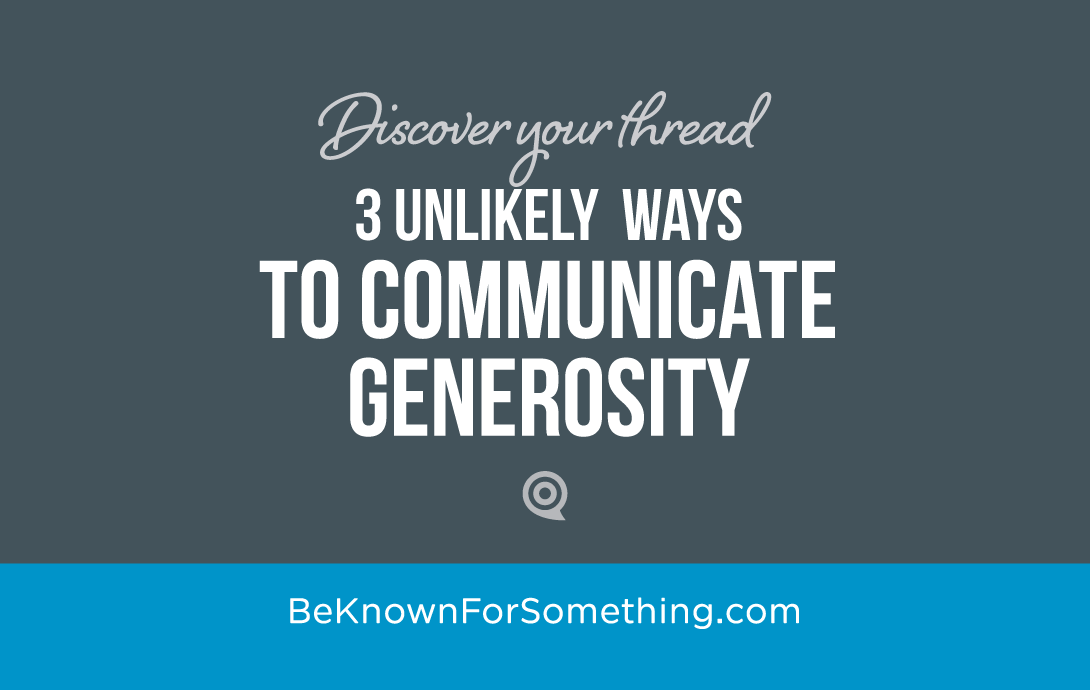 God, in scripture, demonstrates unlikely generosity. In 1 Kings, we enter Elijah’s world that was being punished with drought. The perfect time for God to shine since He loves to provide in a time of need.

Instead of God doing a miracle Himself, He introduces His prophet. God loves to use His people.

God tells Elijah to go to a distant town — out of his comfort zone. Yep. He often leads His servants there! Then the scene shifts to a widow who’s gathering sticks to make a final fire for her to cook on. And then die. What a dire situation. But this is how God wants to sustain His prophet.

In this grand scheme, He’s going to prove Himself to the widow AND the prophet.

God tells Elijah that she will feed him. Now that’s unlikely for Elijah. And can you imagine what the widow thought when she was asked to provide. Such an impossible situation.

From her final handful of flour and the end of a jug of oil, Elijah asks her to make him food. And with crazy faith, she trusts that God will replenish. And willingly gives. Of all she has.

That’s the generosity that God demands. He often puts us in a crazy situation and demands trust.

Perhaps you’re like Elijah and God’s given you a vision of what He wants to accomplish through seemingly impossible giving. Maybe your audience is like the widow and has nothing but a small reserve. God wants us to trust.

What I’ve learned? People won’t give to a God-sized vision if they’re not aware. Effective communication plays an important role in accomplishing God’s work. Here’s how to do it well:

Wait. I didn’t finish the Biblical story of the Widow! God blessed her as she fed God’s prophet. The flour never disappeared nor did the oil run dry as she baked. It was supernaturally extended. That’s the unlikely outcome of generosity.

It started by requiring her to act before a miracle could happen. Let’s communicate that!