5 Ways You can be More Creative. Now!

Church Logo Branding : Be Known for Something / Brand Strategy  / 5 Ways You can be More Creative. Now!

5 Ways You can be More Creative. Now!

27 years ago, I entered college to become a “graphic designer”. Actually, back then, I referred to it as a “commercial artist”. I wanted to be Darren from Bewitched. 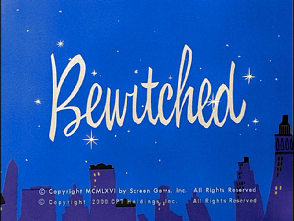 He presented ad campaigns to various companies in the episodes that centered on him. He’d have his marker storyboards and creative ideas ready for the meetings. But something always went wrong and the client rarely liked his creative work, so his wife, Samantha (the witch) would be sitting on a filing cabinet in the background and with a wiggle of her nose, make everything right.

In the 27 years since, you wouldn’t believe the times I wished for a witch in the corner to help with my presentations. But we know that’s fiction.

So how do we, mere mortals, become creative?!?

When it comes to being creative, I remember back in high school that I loved to draw and “come up with ideas” — but only if I “felt” creative. Been there? Once I landed my first agency position, reality became my teacher — and I discovered that you have to be creative all the time.

Here are 5 ways I’ve learned to be creative “on the spot”!

So go ahead, and be creative in ALL you do. The more you practice the better!

The best part of being creative is, it’s fun! Perhaps it’s too logical to say that “creative is the byproduct of a process“. But until I find a little witch to take to my meetings, I choose to follow a process to get a creative product. Granted, because I’m also an artist, I break the process on a regular basis. But at least I know I do it when it happens.

Start looking for creative moments in your life!