Your Church Needs a Communication Thread

Church Logo Branding : Be Known for Something / Brand Strategy  / Your Church Needs a Communication Thread 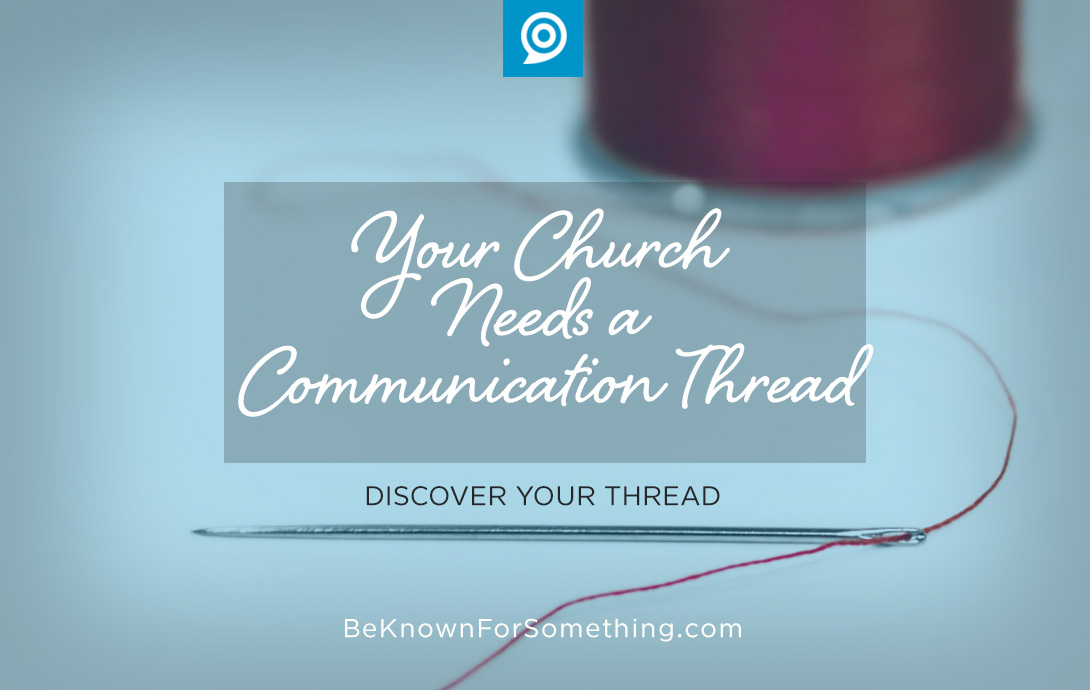 Your Church Needs a Communication Thread

Most people love consistency while fleeing chaos. A busy church tends to have so many messages and activities that even church staff aren’t fully aware of the busy calendar. People in the congregation hear the occasional announcement, but even those who regularly attend can’t possibly know everything about the church.

Take another step into your community. They’re so far removed that they drive by the campus and barely give you a thought. Stuff going on in there? “Probably; but not for me”.

We need to fix this. A thread is the easiest way.

The blood of Christ is drizzled through the 66 books of the Bible. That scarlet thread unites the hundreds of stories and 31,000+ verses into a wholistic, united, book that communicates the love of Christ through His death on the cross. That’s the kind of thread we need in our churches.

A communication thread allows these 3 things for your church:

So, discover your thread today. It’ll unite your message, your content, your social media, your website, your outreach, and your vision. Just remember two things about the thread: 1) it has to be desired from the community’s standpoint and 2) it has to be easily connected to the Scarlet thread from the congregation’s standpoint. So that they can use it to introduce the gospel into the story of the church.