Church Logo Branding : Be Known for Something / Communication Strategy  / 3 Steps to Developing “Concept” 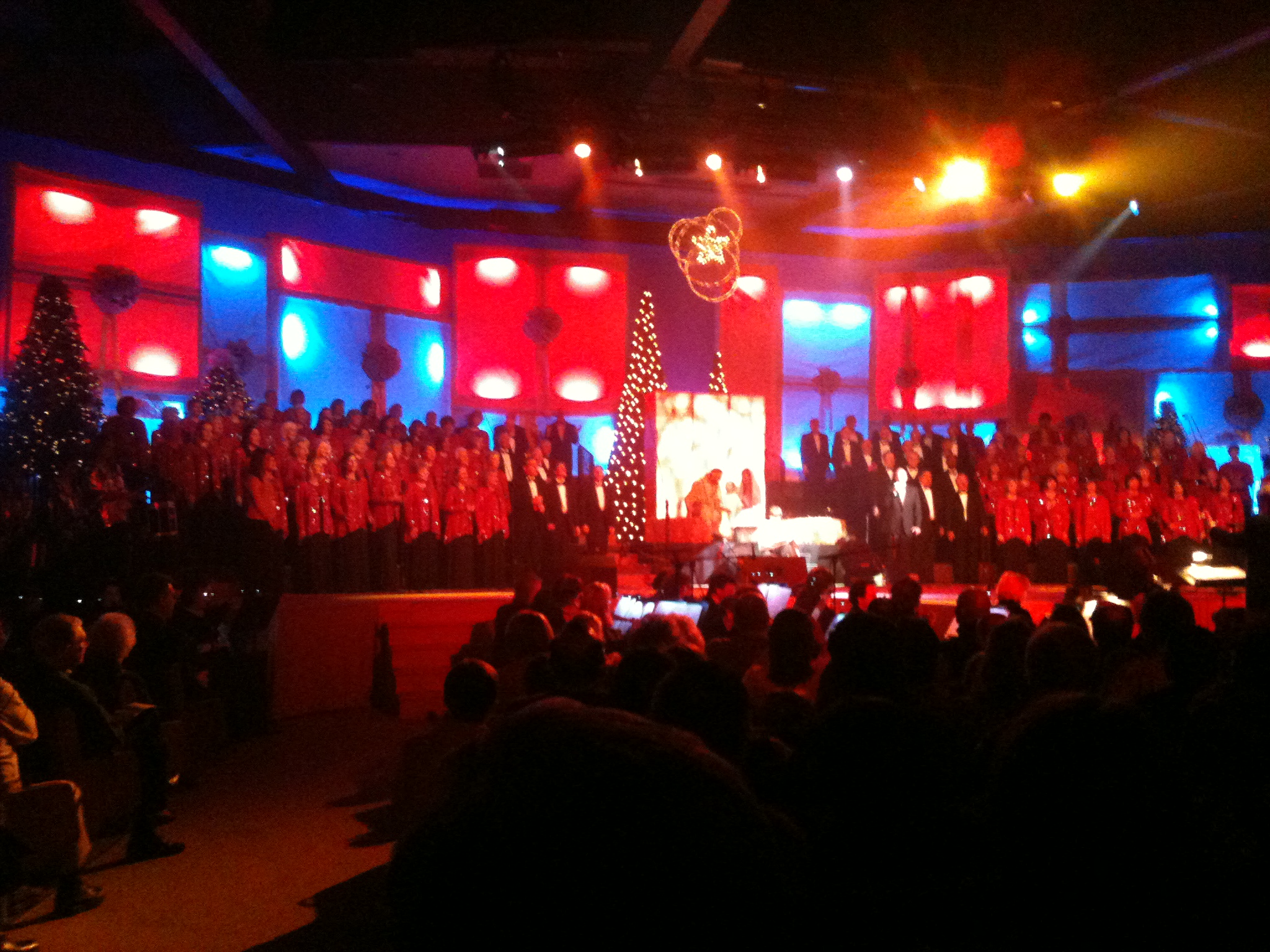 Our church presented their Christmas Musical this weekend. Again, I was blessed to assist with the content. It was back in the summer that I found out the theme; and it was on our vacation to Canada that my son and I discussed how to make the theme of “gifts” work.

It reminds me of the times my Mom used to ask me to “draw something”. I used to sit there for what seemed to be hours trying to think of something to draw. Then I’d beg her to tell me a theme. “Draw something on your desk.” Then everything was so much easier.

How do I get past the “spinning” stage of concepting?

Details were added, including a huge backdrop of really large gifts that could be color-controlled from behind. Again to emphasize the smaller backdrop being assembled.

Thanks to an incredibly talented church; someone wrote a superb drama to tell the story and allow the concept to evolve. Then hundreds of people presented, acted, directed, sung and worked out the complexity of the technical (whew!). It’s all a blur. And the “whole” plays down any small role I had. God used us all.

5 performances later, thousands attended, and God used my “gift” to point to His Gift.