Fire People Without This 1 Quality.

Church Logo Branding : Be Known for Something / Business Essentials  / Fire People Without This 1 Quality. 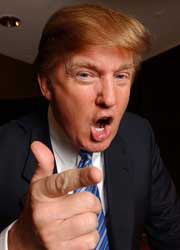 Fire People Without This 1 Quality.

Remember your 1st job? Mine was at a “Soup Salad Sandwich” kiosk in a Mall. I answered a newspaper ad and they requested an interview. I show up in a dress shirt and tie (pressed pants and all). I don’t even dress that nice for church anymore!

The Manager met me in the reception area. I called him “sir” and told him I’d work hard for him. He asked what hours I could work and I remember simply telling him, “I’ll work whenever you need me; after school or on the weekend”.

He hired me on the spot. Later, he told me that he had dozens of applicants but I seemed like an over-achiever.

That word seemed negative to me. In fact, one of my supervisors in a future job told me that I needed “to stop being such an overachiever”. To “work like everyone else so they don’t look so bad”. Crazy. I stopped putting in unpaid overtime.

Today I heard a business leader say, “Look at your staff. If they’re not overachievers, replace them”.

Wow. A definition of an overachiever:

a person who is ambitious, driven, and motivated to do (and be) the best.

It’s the way great teams are made. There’s nothing worse than being assigned to a project group (in college or high school) and getting stuck with the kid who doesn’t take initiative and allows others to do most of the work. And then takes the credit. Grrrrrr.

Today, if you’re an entrepreneur, you have control of yourself and the group. Be an overachiever. Only hire overachievers. And the moment you get a sense that someone on your team falls short, start looking for someone else to replace them. Yes. Fire them.

I pledge today to be an overachiever. I want to be as eager as that 16-year old seeking extra cash. And I’d love to taste one of the awesome sandwiches I used to make with fresh baked bread and fresh toppings.