Half of all Americans Use This. Do you?

Church Logo Branding : Be Known for Something / Communication Strategy  / Half of all Americans Use This. Do you?

Half of all Americans Use This. Do you?

I was raised in a pretty conservative home and church in the late 60’s and 70’s. 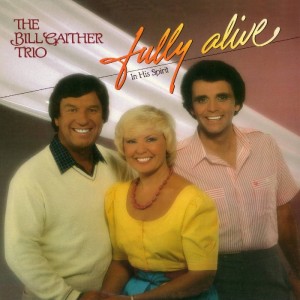 We believed that the Bible is God’s literal Word. The Truth. We turned to it for guidance, conviction and answers. I still do! But in the late 1970’s our church hired a “Minister of Music” and he allowed our church to experience “new Christian music”. My Mom was the pianist and I remember the first time she played one of the new songs (which I would now call a cross between gospel, country and jazz) at home, I was hooked. It was better than the standard church organ and piano music that sounded old and stodgy. It spoke to my generation as well as my parent’s generation too!

This ushered in a new era of music in our area. Our choir started to tour with this new sound and my sister, brother and I started singing this new style in the MacDonald Trio repertoire. It seemed like it was the beginning of an huge new membership explosion in our church. From this increase, our church was able to start a Christian school and it became one of the largest churches in our area. Perhaps not exclusively because of the music, but it seemed to be the wave that this growth entered on.

Recently, I was talking to a Pastor about Social Networking. He was perplexed to think that he should be involved. All the same concerns came up: no time for another thing, not sure if he could use it, not sure if it would ultimately help his local church, etc.

I explained to him that if he was a football coach and wanted to find the best football players, a good place to find them is where they hang out. A sports bar, a gym, or the such. He’s not going to “just” find the right players, but instead a large mixture of great people and not-so-great. But he needs to go where they are. The same can be said about modeling agents and reality star recruiters.

In fact, the Bible said that a person looking for people to come to his party should “go into the highways and byways and compel them to come in“. That means the paths that people take to enter and leave. The thoroughfares.

WAKE UP CALL! A lot of people are using Facebook, Myspace and Twitter. They’ve become the well-traveled roads of our culture. According to a recent Harris Poll, about half of all Americans are using Facebook, Myspace or Twitter. Almost 75% of 18-34’s have an account on at least one of them. Not all that use social networks are Christians, but then again, that’s not the only people you’re looking for!

So, why aren’t you on these networks then? It’s easy to register, and it’s fun to use, so there’s really no excuse.

The church has historically been slow to adopt new methods. Think about that music switch (some churches’ still have issues with it), the movie theatre, radio and tv, etc. But as we slowly start to use these mediums for the Lord, we’ve seen phenomenal growth and change.

I’m not talking about changing our message. Just our tactics. Our methods. And I believe that God is going to use Facebook and Twitter for His glory — and He just may want you to help Him do it. Let me know if you need some ideas of how to use them. Or leave me a quick comment of how social networking has worked for you!