Church Logo Branding : Be Known for Something / Business Essentials  / Know your Customer. Please!

My Dad died this past week. It was unexpected, but not sudden. For the last year, he’s been slowly entering a world of dementia where he didn’t recognize those around him. His humor rose to the surface to cover for his memory lapses. And we started to lose my Dad. 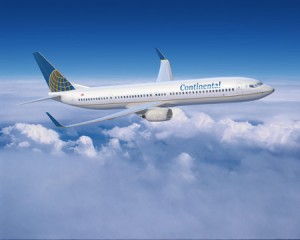 Just days ago, his doctor said that he was losing the battle, and that we probably had only one year left with him. Then a few hours later, as if he controlled his destiny and timing, Don MacDonald disappeared into a blank stare after suffering a stroke. Then he died.

Anyone who lives a distance from their loved ones, knows what this means. We live almost 2000 miles away, so we started considering our options for getting the four of us to Canada. (Not to mention my sister and her husband flying from Northern Canada and my brother and his wife from Nashville).

I found that the airlines have forgotten their customer.

Problem 1. The airlines have set up their system to reward those who’ve plan ahead. Which are usually the vacationing family. For business people who have to quickly travel, they raise their rates because they know the business will cover the costs. For the most part, this works. However, for anyone traveling quickly for a funeral, it means extremely high prices. The only airline that had flights left for us to travel within a day’s notice, had the price of $2300/ticket. Ouch.

Problem 2. The airline call centers are trying to get as many people served as possible. They don’t have time to empathize or listen to a story. I tried to bring them up to speed with my story so that I could get a better rate. Most didn’t even listen, instead they state their rules and then give you their best rate. Which is very high — but they present it as a deal. Because of the funeral, they offered us an “excellent rate” of $1900/person. “As long we get the proper paperwork from the Funeral home”. Nice. And impersonal.

It’s easy to understand why the Airlines can’t keep up with their customers, but I’m not sure it’s excusable.

How about you? Do you develop a relationship with your customers?

Develop a relationship, THEN do business. Good words that a friend of mine reminded me of this week. Do you remember their birthdays? Anniversaries? How about what’s going on in their lives? It’s much easier to do business when you know where their heads are at.

We have all the tools to know more about our customers — social media allows me to see behind the “business face” of my clients. Now, it’s up to me to make sure I connect with them. What are you doing? And what are you doing with the information you’re collecting?

The airlines made a lot of money on our funeral this week. But at what cost?