Pastor, What Should You Be Known For?

Church Logo Branding : Be Known for Something / Audience  / Pastor, What Should You Be Known For? 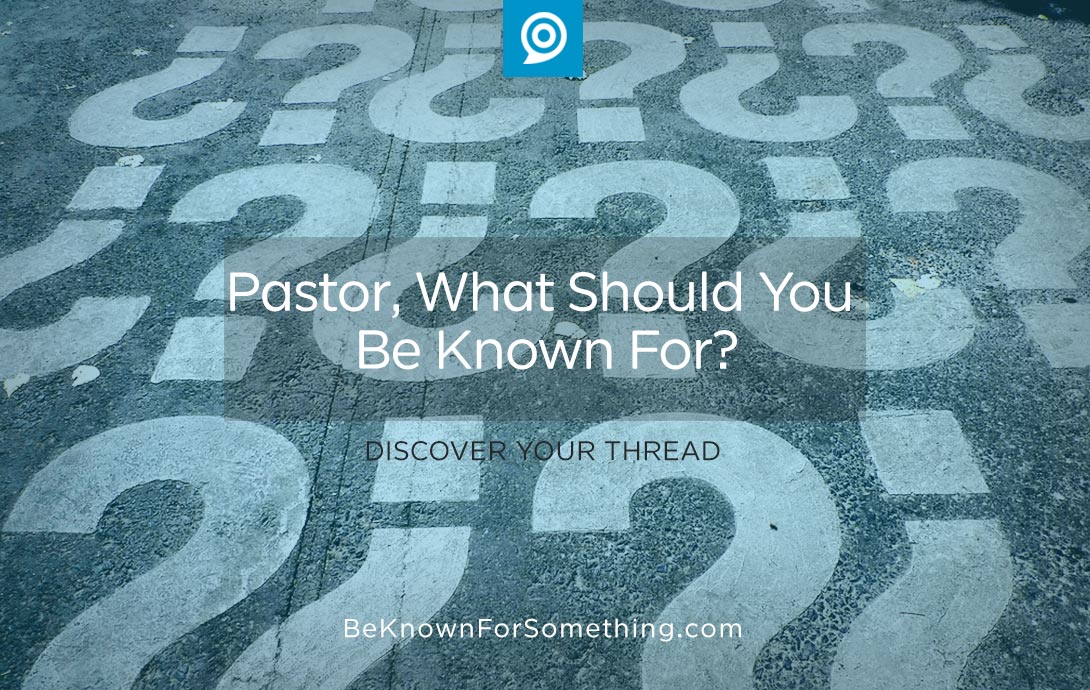 Pastor, What Should You Be Known For?

While scrolling on social media, you’ll see name after name on your wall. You probably don’t have to read their posts to know the probable content they’ve written. Everyone’s known for something.

Then there are other leaders who can’t get traction with an audience because they seemingly do everything well. If their congregation is questioned, there are so many different reasons people follow, that no one thing stands out. A leader should want to narrow down the benefit they’re known for. To a thread.

Your thread should be based on what your potential audience is looking for and what you do extremely well. If you become known for that, people will pay attention to you. This is how someone gets a platform or a following.

What should you become known for? Here are 3 foundational criteria:

The truth? You’re already known for something in the minds of people in your congregation. The key is to figure out what that is now (there’ll probably be many), to narrow them down to something you really enjoy and to start reminding your audience of the benefit you’re bringing them. If it’s believable and authentic, you can become known for it! This is the important concept of personal branding.