The Problem with Talking to Everyone

Church Logo Branding : Be Known for Something / Audience  / The Problem with Talking to Everyone 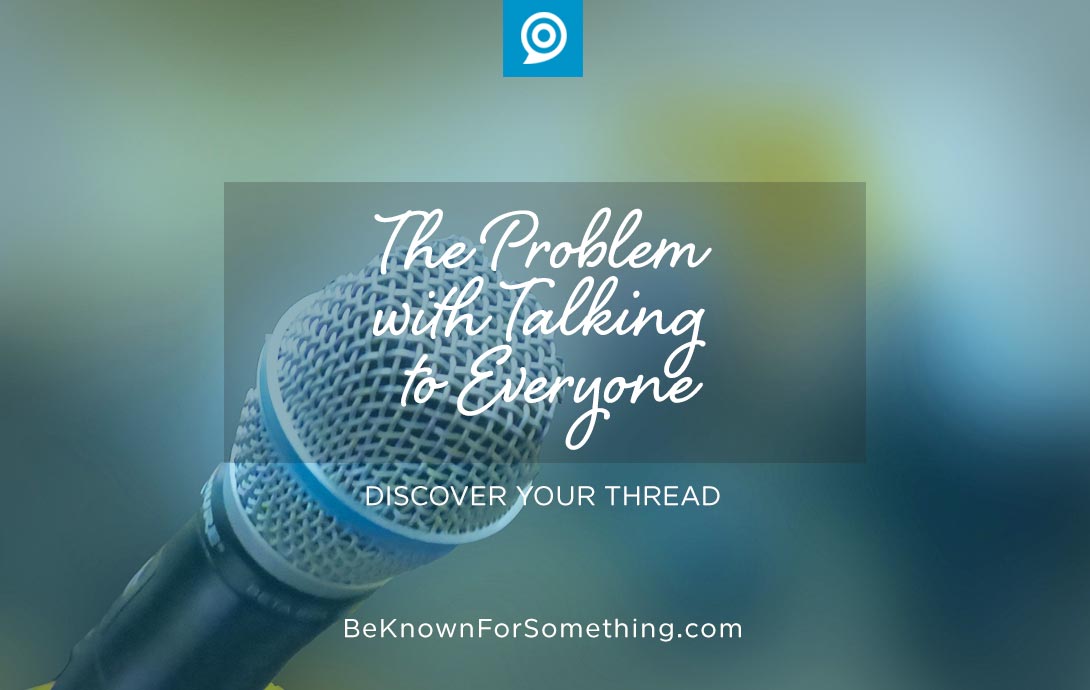 The Problem with Talking to Everyone

It sounds strange, right? But most people don’t have the time to read something that isn’t interesting. So you’re doing them a favor. As a church communicator, you need to stop trying to get “everyone’s” attention and trying to communicate to “everyone”. It won’t work.

Ever been at a friend’s child’s recital? An emcee introduces the festivities. Then in the same tone, they announce information that’s intended only for parents. You drift off and become disinterested. They’ve lost you even though you’re a guest. We don’t want that in a church! Here’s the problem:

The solution? Identify 2-3 personas in your church (primary, secondary, tertiary). Talk directly to the primary most of the time (make sure your community has a lot of them). Your targeted message will help grow that group. For your secondary group, say less and have other ways for them to get the information. Your tertiary audience is only talked to occasionally.

Stop talking to everyone and grow the group that gives you the most potential. You’ll end up reaching more in your community effectively!