Speaking to a Group? 3 Must-Dos to Battle Second-Screens

Church Logo Branding : Be Known for Something / Audience  / Speaking to a Group? 3 Must-Dos to Battle Second-Screens 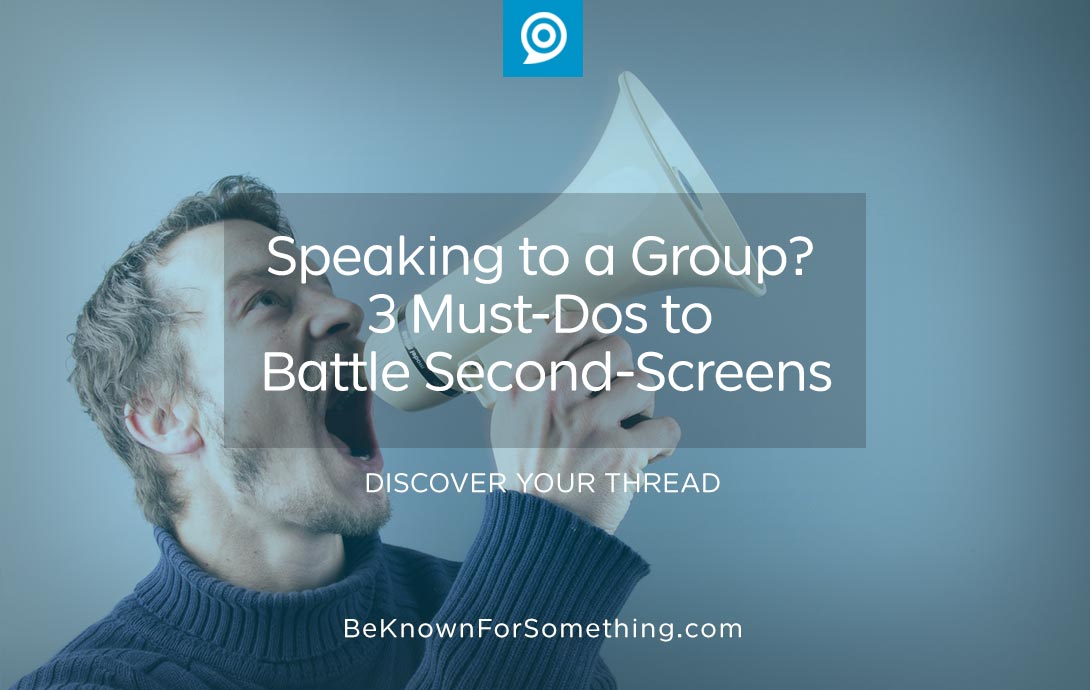 Speaking to a Group? 3 Must-Dos to Battle Second-Screens

I’m blessed to communicate with live audiences at least once a week. At an adult Bible Study presenting a simple Bible lesson for 45 minutes, at a conference for several hours, for quick workshops or at church leadership sessions; I’m amazed how people hire me to share knowledge.

We’ve all waited in groups with the anticipation of someone talking and sharing. There’s an energy that the audience gets while waiting — like getting excited for a good TV show, a concert, or a play. At the same time, as a speaker, I draw on the energy of the crowd. The more anticipation I feel, the more I want to deliver.

It’s like a drug. And since I’m a church speaker, it’s like an over-the-counter (podium?) drug, of course.

And now, we live in a world of second-screen viewing. It’s our competition. Most people can’t even sit during a TV show and concentrate on just the show. We all have a small screen in our lap that grabs our attention and allows us to scroll for additional information or entertainment.

Before I speak, it’s fascinating to watch how much digital viewing is going on. And we expect that when we get up and start talking everyone will put their mobile device down? Probably not.

But rather than think of it as a problem, I like to think of it as a gauge to my effectiveness. I want to do whatever I can to keep people from engaging outside of the room. You can do this too.

Here are 3 must-dos in order to battle second-screen temptations: